Grand Palais was the perfect venue

When I came to France I got bizarrely self-conscious about wearing stripes; I think my logic might have been that it would look like I was trying to fit in too hard. We all know the stereotype – beautiful people adorned in berets and stripes with baguettes casually slung under their arms as they cycle through cobbled streets. Whilst we all want to be that person, I was trying not to. My style was once described as “nautical chic” by a friend and so once I removed the stripes from my wardrobe, I was pretty much left with a pair of socks and some jeans. Now, I don my stripes with pride.

Jean Paul Gautier is the king of the french stripe. A veritable hero in the fashion world, he created Madonna’s conical breasts and is on an innovative level with Lady Viv herself (she is my all time favourite).

Where the pointy boobies started – the Madonna collection.

When in Paris last week my friend and I went along to the exhibition of his work at Grand Palais. It was spectacular. The mannequins has light projected on to them to give the illusion that they were speaking, and the exhibition walked us through Gautier’s life in fashion. I love an old fashioned silhouette – corsets are a love of JP, and they were everywhere.

The corsets of my dreams

The punky influences were fab too. The pictures speak for themselves – so I’ll stop rambling and let you have a peruse.

Made entirely of ribbons

The wigs – look at the wigs! 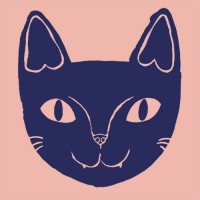 THE ULTIMATE RESOURCE FOR ILLUSTRATORS

The journey of a Graphic Design graduate

Design of the Picture Book

There are 5 sisters. She's the middlest.

Makes a bee look twee, a fox look feminist, finds humour in the humdrum and is partial to a pun.

The Art and Craft of Blogging

The latest news on WordPress.com and the WordPress community.